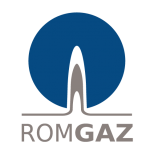 S.N.G.N. ROMGAZ S.A.  is one of the largest natural gas producers and suppliers in Romania. The company has a vast experience in gas exploration and production; its history  began more than 100 years ago, in 1909, with the discovery of the first commercial gas field in the Transylvanian Basin as a result of drilling well Sarmasel. ROMGAZ has had the current structure since 2001 and is headquartered in Medias, Sibiu county, Romania.

Currently, according to specific concession agreements, the company carries out petroleum operations for exploration-development-production in 8 blocks as sole titleholder with 100% participating interest and in 4 blocks as co-titleholder. ROMGAZ operates in Romania 148 commercial fields located in Transylvania, Moldova, Muntenia and Oltenia, operated by Medias and Targu Mures branches. Also, ROMGAZ holds exploration and production rights in Slovakia.

Starting with 2013, ROMGAZ extended its scope of work by taking over Iernut Thermoelectric Power Plant (CTE Iernut) with a total capacity of 800 MW, becoming also electricity producer and supplier. Currently, CTE Iernut has an installed capacity of 600 MW divided into 4 energy groups having a 100/200 MW capacity each.

In addition, the company performs well workovers and recompletions, production tests and special well operations, transportation of goods and persons, specific technological transportation and maintenance activities for the benefit of the company and third parties.

ROMGAZ is a company managed in an one-tier system, having the General Meeting of Shareholders, the Board of Directors and the Chief Executive Officer (CEO) as corporate management bodies.

The majority shareholder of the company is the Romanian State, through the Ministry of Energy, owning a 70.0071% stake in the company’s share capital.

The company is developing by implementing state of the art technologies in all its areas of activity. The company’s economic and financial position is characterized by the constant profit and solvency. Thus, ROMGAZ has become one of the most important companies in Romania.

ROMGAZ Mission: Continuous improvement of performance, competitiveness and of the company’s value both for ourselves and the shareholders, by means of better valuation of the human potential and assets in the course of predictable and profitable business deals and by rigorous risk management.