According to Openinfo, the research and design centre has charged just over UZS140m ($13,600) for the work.

While it is known that the deal was signed on 28 September, the deadline remains unclear.

Last month, the facility owner Jizzakh Petroleum announced the project had moved past its ‘first’ stage, with market and configuration analysis complete.

The project will move into the FEED stage once the licensor has been selected.

To be located in the Bukhara region, the proposed MTO plant will be able to process 1.5 bcm of natural gas into 500,000 tonnes of olefins.

Consultants for the project include London-based IHS Markit and Wood, plus US firm Nexant.

US-based Honeywell, the recently announced licensor for the Bukhara Refinery upgrade, was also reported last year to be eyeing the project, but no further updates have appeared.

Uzlitineftegaz is the country's main R&D centre involved in the oil and gas sector, designing various facilities and producing or reviewing technical documentation.

This year’s largest was a package of contracts worth $2.2m for infrastructure upgrades and surveys at various oil and gas fields.

It has a Memorandum of Understanding (MoU) with Schlumberger for technical cooperation on oil and gas exploration, development, and production optimisation at new and existing fields, as well as for support in project coordination. 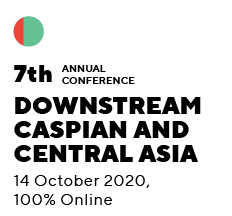