At the Buzakhur field in Kashkadarya, UNG's Shurtan division (Shurtanneftegaz) commissioned a new PGTU that it had been building since July. According to a company release from 5 October, the facility increased output from Buzakhur by an estimated 200,000 cmd.

Shurtanneftegaz used some of the older equipment to build the PGTU, the note added.

The division sourced separators and a degasser from the Mubarek Gas Processing Plant, and brought two tanks, pipes and other spare parts from its own warehouses.

Discovered in 1983, Buzakhur, in the Guzar district, is considered to be part of the Shurtan group of fields. UNG announced in August it was planning to pump some 70 mmcm of gas and 2,000 tonnes of condensate from the field by the end of the year.

Meanwhile in Karakalpaktan, the local UNG division Ustyurtneftegaz overhauled a CGTU at the East Berdakh field. According to a separate release, also from 5 October, the company had replaced compressor filters at Line 1 of the unit. The line was built and commissioned in 2002.

Discovered between 2000 and 2002, East Berdakh feeds the Uz-Kor Gas Chemical Complex (UGCC) along with the North Berdakh and Surgil fields. UNG had a booster station built in 2016 to increase output from North and East Berdakh.

Further explroation work is ongoing at both fields. Other repairs In a third release, published on 6 October, UNG announced overhauling three steam boielrs serving the Bukhara Refinery, Shurtanneftegaz, and Gazlineftegaz.

The announcement said the work would slash fuel consumption by 2.5 mmcm of gas per year and raise boiler efficiency from the previous 75-80% to 90-92%.

Other facilities currently under construction include the gas processing plant at Uchkir, whose desulphurisation unit is now fully operational.

Progress on the new gas compressor and LPG plant is unclear, bu the entire facility is understood to have fallen behind schedule. 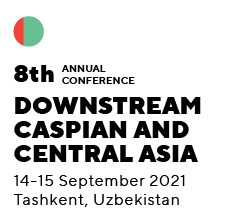