By the end of the year, the State Service of Geology and Subsoil of Ukraine plans to submit a total of 150 investment proposals for open electronic bidding (currently 145 of them are awaiting approval by the Ministry of Environmental Protection and Natural Resources of Ukraine) and to attract UAH 1 billion to the State Budget.

Ukrinform hosted a press conference of the Head of the State Service of Geology and Subsoil of Ukraine Roman Opimakh, where the results of the fourth auctions for the sale of special permits were reported. According to Roman Opimakh, seven licenses worth a total of UAH 98.3 million were sold as a result of open competitive competitions.

Open e-auctions allowed for fair competition, and the objective ProZorro sales system determined the winner: the one who offered the best price for the special permit.

The mechanism of transparent auctions for the sale of special permits has proven its effectiveness, and even colleagues from the US Geological Survey have taken our model as a basis for conducting similar auctions.

According to the results of the fourth auction, the State Budget will receive almost UAH 100 million, said the head of Gosgeonadr Roman Opimakh.

In general, the Service notes that interest in electronic auctions is growing, and this is a positive signal of restoring confidence in the regulator 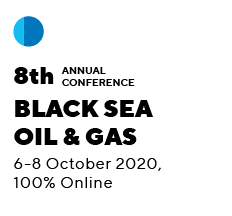 Register to hear last regional updates on legislation and regulation