During the meeting, the parties discussed the implementation of the Turkmenistan-Afghanistan-Pakistan-India (TAPI) gas pipeline construction project in the context of the development of regional and international energy cooperation.

Furthermore, they exchanged views on the current state of relations between Turkmenistan and the ADB and their prospects. Energy, industry, transport, trade and banking were named as areas of joint work.

The TAPI pipeline will run from the giant Galkynysh gas field in southern Turkmenistan through the Afghan cities of Herat and Kandahar, Pakistan's Quetta and Multan to the city of Fazilka in western India.

It is expected that the pumping capacity of the pipeline will amount to 33 billion cubic meters of natural gas per year.

The construction of TAPI began in 2015, and in September 2020, representatives of Turkmenistan and Afghanistan signed a memorandum on the selection of land plots for the pipeline route. 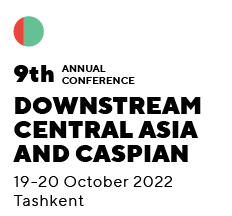