Total and global finance giant Macquarie have linked to plan more than 2GW of offshore wind off South Korea, in a major boost for the sector’s prospects in the East Asian nation and what adds up to the world’s largest single development ambition yet in the emerging segment for floating turbines. Source: Rechargenews

Total and the Green Investment Group (GIG) arm of Macquarie will form a 50/50 partnership with a view to building five large floating wind farms off Ulsan and South Jeolla provinces in South Korea’s east and south, where they have already started collecting resource data.

The partners hope to start building the first 500MW chunk by the end of 2023, said a statement announcing the link-up.

The agreement with Macquarie marks oil giant Total’s biggest single announcement in the offshore wind sector to date, and its first in Asia, adding to project investments and interests in Europe spanning both fixed-foundation and floating development.

By targeting more than 2GW, the Total/Macquarie plan is also the most ambitious single potential portfolio yet announced in floating wind. If it proceeds the first project would also be among Asia’s first floating wind farms, joining developments planned off Japan and others off South Korea, including an 800MW project underway involving fellow European oil group Equinor.

No details were given in the statement of project costs, or of which floating wind technology platform would be used for the development. 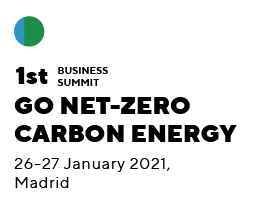 Energy transition in the oil & gas