Glavgosexpertiza has reviewed the project documentation and results of engineering research for the construction of an offshore transshipment LNG terminal in the Kamchatka region and issued positive decisions, Neftegaz.ru reports.

The capacity of the terminal in the Bechevinskaya Bay in the Elizovsky District of the Kamchatka region will amount to 22 million tonnes per year. The project includes construction in five stages — on completion of the fourth stage, the terminal will provide cargo turnover of about 11 million tonnes of liquefied natural gas per year.

The terminal will serve 328 gas tankers per year at the halfway stage and 657 tankers upon completion of construction.

Novatek and the government of the Kamchatka region signed the agreement on cooperation in the construction of the terminal in October 2017. The Russian government approved the project plan in March 2019.

Investments in the project are estimated at RUB 69.5 billion. Construction is scheduled to begin in 2020. 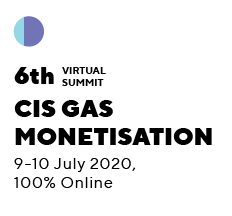