The outlook of lubricant marketers and distributors in Russia improved significantly from December to March, according to the latest survey conducted by a Moscow consulting firm. Source: LubesnGreases

The March Lubricants Business Monitor by the firm B2X generated a business confidence index of 58.6 on a scale of zero to 100. B2X has conducted the survey quarterly since the start of the COVID-19 pandemic. The index from the December survey was 39.2.

B2X devised the index based on such indicators as lubricant sales, profits, costs and receivables. The March survey received responses from marketers and importers of 30 lubricant brands accounting for 63% of finished lube consumption in the country.

Respondents’ confidence in the market improved markedly in March even though business appeared sluggish during the first quarter. B2X said lubricant distributor respondents to the latest survey assessed the success of their business at an average of 5.6 on a scale of 1 to 10.

Participants seemed more focused on the foreseeable future, B2X reported, indicating that they expect growth in demand for lubricants and better sales in 2021. However, expectations for profits and accounts receivable are in the negative because of increased lubricant prices.

Raising sales volumes seems to be the primary focus for 2021, according to the March survey. Fifty-four percent of respondents said they were aiming for higher sales, 35% said they were planning to expand product portfolios and 29% said they were trying to enter new industry sectors.

Respondents also indicated such goals as more customer and partners training, continuation of digitalization projects and development of export sales. 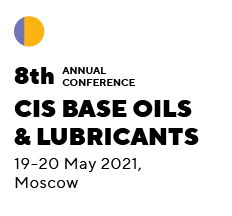