Sibur, Gazprom Neft and Uzbekneftegaz have agreed to cooperate on potential investments in Uzbekistan including a major expansion of Shurtan Gas Chemical Complex (SGCC) and the proposed construction of a new gas chemicals facility - Neftegaz.ru reports with reference to ChemWeek.

The cooperation agreements were signed by the 2 Russian companies and Uzbekneftegaz last week during an official visit to Moscow by a delegation from Uzbekistan’s energy ministry.

Three companies will also “consider the possibility of joint implementation of an investment project for the construction of a gas chemical complex based on natural gas resources produced in Uzbekistan with a capacity of up to 3 billion cu m,” Sibur says. The location for the new complex and potential investment amounts have not been given.

The signed cooperation agreement for the projects includes “the creation of a gas chemical complex using methanol-to-olefins [MTO] technology, and the expansion of the production capacity of the Shurtan Gas Chemical Complex,” siad Uzbekistan’s energy ministry. 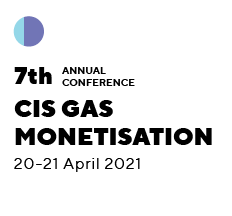