The investment programme, on which the shareholders will vote on June 15, will be oriented mostly towards natural gas production, associations and partnerships in Black Sea offshore projects, electricity production and storage, as well as towards the diversification of its portfolio, namely petrochemistry and electricity production, Romgaz general manager Adrian Volintiru said in a press release on Tuesday.

However, I would like to mention that the elaboration of the strategy was based on the business as usual scenario, without taking into account the current situation of the Covid-19 pandemic and it is necessary to review the information as soon as there will be macroeconomic forecasts with a higher degree of certainty.

Some 49% of investments will be financed through the company's own sources, 44% will be covered by creditsand 7% by European funds, Romgaz said in its investment strategy.

On May 12, Romgaz launched a 1.1 million lei tender for a study on its possible entry on the renewable energy generation market, according to an announcement published in Romania's electronic system for public procurement, SEAP. 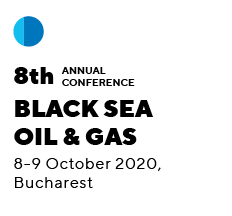