OMV will deploy Cognite BestDay, a jointly developed application together with Aker BP for their oil and gas fields worldwide, starting with the Matzen field in Austria. Source: DenErgyNews

The application, called BestDay, uses data-driven AI modeling to calculate what its name suggests: the best possible production day based on proven evidence. Instead of physical simulations, the BestDay app automatically evaluates a field’s production performance based on the best historical production days, custom boundary conditions, and production criteria to produce a maximum capacity algorithm that updates daily.

Despite all downsides of the pandemic for our people and business, 2020 was the year when OMV proved that our digital investments since 2018 experienced a mass adoption working exceptionally well

In the face of the difficult market environment, we are accelerating on our journey to connect data, people and insights until everything is one click away.

As part of OMV’s digital transformation program, DigitUP, and the collaboration with Cognite, OMV is now rolling out the BestDay app, starting with the oldest oil giant of Austria: the Matzen oil field.

As of 2020, the mature field with 800 active wells is already a top performer at 93% production efficiency and more than seven years of mean time between failure for its artificial lift system. Yet, the BestDay app will take us to the next level in terms of production efficiency, 70 years after first oil

The resulting production gain for the Matzen field is estimated at 0.3-0.5% per year above current production profile together with 10,000 hours per year in engineering time saved for analysis. This example shows the potential of using digital tools to unlock new value from industrial sites that have been in operation for decades.

*BestDay app’s full potential is estimated to drive a production efficiency gain of up to 1.5% of current levels, averaging $4-5 million a year in value generated per production hub.

Historically in oil and gas we introduce novel technologies when engineering new production sites. At OMV we continuously strive at making more of what we already have and that is a lot of historical data and expertise in mature fields. The BestDay app is one example of how OMV is using new digital tools to extract value at brownfield sites with the existing field infrastructure. Rolling out the application in fields with a production history ensures, that we can actually back calculate the performance increases. Since we already have all our assets integrated in Cognite Data Fusion, the marginal cost of scaling is negligible.

After the successful deployment in Austria, OMV plans to expand the use of BestDay app across its international portfolio, which includes upstream operations in Eastern Europe, the Middle East and Africa, the North Sea, Russia, and the Asia-Pacific region. This global rollout will multiply the value generated by the application many times over.

The BestDay app builds on HELIUS, OMV Upstream’s integrated information ecosystem. With this new application, OMV Upstream liberated more than 140 production and reservoir attributes that are now continuously updated in Cognite’s CDF platform and globally accessible to OMV’s Operations community. OMV and Cognite are further strengthening their collaboration to advance the capabilities of CDF and of HELIUS.

BestDay is emblematic of how Cognite works closely with our partners to develop solutions that target specific challenges that industrial companies face as part of their operations.

“By focusing its digitalization efforts on solutions that scale across assets and installations, OMV is solidifying its position as a frontrunner in data-driven upstream operations.” 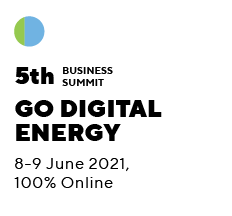 More case studies from Cognite at our event