The platform can create interactive AI simulations in real time that are physics-informed to accurately reflect the real world, accelerating simulations such as computational fluid dynamics up to 10,000x faster than traditional methods for engineering simulation and design optimization workflows. It enables researchers to model complex systems, such as extreme weather events, with higher speed and accuracy when compared to previous AI models.

Accelerated computing with AI at data center scale has the potential to deliver millionfold increases in performance to tackle challenges, such as mitigating climate change, discovering drugs and finding new sources of renewable energy. NVIDIA’s AI-enabled framework for scientific digital twins equips researchers to pursue solutions to these massive problems.

NVIDIA Modulus takes both data and the governing physics into account to train a neural network that creates an AI surrogate model for digital twins. The surrogate can then infer new system behavior in real time, enabling dynamic and iterative workflows. Integration with Omniverse brings visualization and real-time interactive exploration.

Fourier neural operators and transformers enable the NVIDIA FourCastNet physics-ML model, trained on 10TB of Earth system data. As a step toward Earth-2 – the system announced by NVIDIA CEO Jensen Huang to create a digital twin of Earth in Omniverse – FourCastNet emulates and predicts the behavior and risks of extreme weather events such as hurricanes and atmospheric rivers with greater confidence and up to 45,000x faster.

Digital twins allow researchers and decision-makers to interact with data and rapidly explore what-if scenarios, which are nearly impossible with traditional modeling techniques because they’re expensive and time consuming. Central to Earth-2, NVIDIA’s FourCastNet enables the development of Earth’s digital twin by emulating the physics and dynamics of global weather faster and more accurately.

The digital twins platform is also turbocharging simulation research for the layout of wind farms equipped with Siemens Gamesa Renewable Energy wind turbines, making it possible for the first time to use AI to accurately model the effects of turbine placement on their performance in a wide variety of weather scenarios. This is expected to lead to optimized wind park layouts capable of producing up to 20 percent more power than previous designs.

The collaboration between Siemens Gamesa and NVIDIA has meant a great step forward in accelerating both the computational speed and the deployment speed of our latest algorithms development in such a complex field as computational fluid dynamics, and set the foundations for a strong partnership in the future.

To learn more about NVIDIA’s digital twins platform for scientific computing, watch the GTC 2022 keynote from Jensen Huang. Register for GTC for free to attend sessions with NVIDIA and industry leaders. 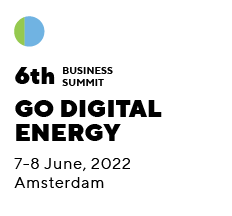