Maire Tecnimont S.p.A. announced that its subsidiary Tecnimont S.p.A. has been granted awards for a total amount of approximately $10 million for technology-driven engineering services and feasibility studies in the petrochemical sector in Korea, Russia and India. - Chemengonline.com

In particular, Tecnimont has signed a contract to develop the FEED (front end engineering design) and subsequent Detailed Engineering for the high-pressure section of low-density polyethylene (LDPE) plant to be realized in Korea for one of the major energy and chemical companies in the Asia Pacific, which is developing a new grassroots petrochemical integrated complex.

These awards confirm that our Group is continuing its activities thanks to the current effort of every single colleague, as well as the benefit derived from the early adoption of our Digital Advantage Smart Platform.

Recent awards also comprise two feasibility studies, one for a new Polypropylene Unit in India by Borealis AG and the other for an additional line of Acrylonitrile in the Russian Federation by Lukoil OOO Saratovorgsinetz. The company also recently signed contracts to implement a new urea complex in Turkey, along with an EPCC contract at Total’s Donges refinery. 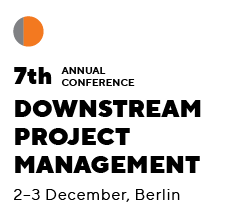