The European Commission wants to connect the dots on the digitalisation of the energy sector with new flagship initiatives such as the creation of an energy data space and a digital twin of the energy grid, according to draft proposals seen by EURACTIV. - Euractiv

With the ongoing energy crisis, the need to rapidly integrate renewable sources in the EU’s energy mix is becoming more pressing.

However, that requires developing a smart and decentralised energy system, according to the Commission.

“Decarbonisation, electrification, sector integration, and decentralisation of the energy system all require a tremendous effort in digitalization,” reads the draft EU action plan.

Initially, due to be presented on 28 September, the proposal might be delayed until early October, EURACTIV understands.

A digital twin of the electricity grid

The plan’s primary focus is to ramp up investments to digitalise the EU’s electricity infrastructure, with a flagship proposal to create a “digital twin” of the electricity grid by 2023.

A digital twin is a virtual replica of a physical entity that informs decision-making in real time to make processes more efficient. As digital twins require real-time data updates, it will require the ubiquity of smart electricity meters – or devices that measure energy consumption at the user level.

However, the Commission warns that EU member states are often lagging behind in the deployment of smart meters, which hampers the real-time “observability” of the electricity system.

The electricity grid needs to interact with many actors or devices based on a detailed level of observability, and hence availability of data.

This will become essential with the rapid adoption of electric vehicles, which rely on grid flexibility, smart charging and digitalised buildings.

The EU executive will adopt implementing acts under the Electricity Directive setting out interoperability requirements and non-discriminatory and transparent procedures for access to metering and consumption data.

Observability is one of the five areas for which massive investments are needed, which the Commission document estimates at €170 billion, citing external studies. The other areas are efficient infrastructure, network planning, simulations, system management and data exchanges.

By 2023, the EU and national energy authorities will develop smart grid indicators to monitor those investments on an annual basis.

The electricity network has become increasingly digitalised in the last decade, but the speed of transformation needs to increase significantly.

Another flagship initiative is to deploy a common European energy data space by 2024, building on information sharing mechanisms and access rights defined in the EU’s Data Governance Act and Data Act.

Moreover, the Renewables Energy Directive and the Energy Performance of Buildings Directive include provisions for accessing data generated by electric vehicles and smart buildings.

By March 2023, the EU executive will set up the ‘Data for Energy’ (D4E) group gathering EU member states and other stakeholders to define the basic principles of the data space in coordination with the European Data Innovation Board.

Consumers at the centre

According to the Commission, the digitalisation of the energy sector will bring benefits to consumers in the form of new “data-driven services” allowing them for example to “better manage their bills, share electricity they generated themselves with their neighbours or sell it back to the market”.

At the same time, the draft emphases the need to ensure consumer protection. To ensure that the existing legal framework remains fit, the Commission has launched a Fitness Check of EU consumer law on digital fairness that will assess consumer vulnerability in the digital environment, including the energy sector.

Digitalisation is not without risk, however, and the Commission acknowledges that a digitalised power grid will broaden the surface for cyberattacks directed at the energy system.

For connected devices, the European Commission will propose a Cyber Resilience Act on Thursday (15 September), including a series of security requirements for the entire product lifecycle.

According to a draft of the proposal obtained by EURACTIV, smart meters will be part of the class of products with the highest level of assurance.

At the organisational level, the recently agreed Network Information System 2 Directive sees the energy sector as a critical infrastructure. Therefore, organisations operating in this area must comply with stricter security obligations.

In addition, the Commission plans to propose a delegated act on the cybersecurity aspects of cross-border electricity flows under the Electricity Regulation and an amendment to the Security of Gas Supply Regulation to adapt the gas system to new risks, such as cybersecurity.

Energy consumption in the ICT sector

For the first time in years, the Commission also addresses the critical question of the environmental impact of the ICT sector, a decisive issue since the energy consumption of digital infrastructure is expected to soar by more than 50% by 2030.

A fundamental part of this rising demand will come from energy-hungry data centres, which the Commission has the ambition to make climate-neutral by 2030, starting by introducing before the end of the year obligations and transparency requirements on the reuse of waste heat – for instance, to heat residential houses.

Next year, the EU executive will consider separating the reporting lines for indirect greenhouse gas emissions related to the purchase of cloud computing and data centre services in EU sustainability standards under the Corporate Sustainability Reporting Directive.

Coordination at the EU level

Coordination at EU level will be ensured by a Smart Energy Expert Group bringing together national experts on energy digitalisation. This is a revamped version of the existing Smart Grids Task Force currently advising EU member states on matters related to the digitalisation of the energy sector.

The plan also includes the creation of a platform named ‘Gathering Energy and Digital Innovators from across the EU’ before the end of the year. 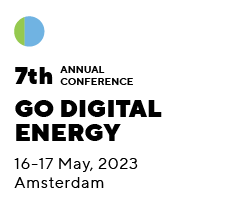