KazMunaiGas International (KMGI) is looking to double the production capacity at the Petromidia Refinery. A decision in this regard could be made in the next 3-4 months after a feasibility study will be conducted, Business Review reports.

The goal is to reach a capacity of 10 million tonnes per year, almost double from what it has today. The investment will be around $2 billion, which is less than half of a normal investment of this kind. Usually, it takes USD 1 billion for a production capacity of 1 million tonnes, but in Petromidia case, there are many things already in place.

There is the infrastructure, the access to the port. It will cost less than if we start from scratch.

KMGI plans to open about 70 Rompetrol fuel stations in the next four years, with the opening of about 25 petrol stations planned for 2019-2020.

The new fuel stations will be operated under the Rompetrol brand and standards. They will ensure the creation of more than 1,000 new jobs, over 5,000 people involved in various development phases, and over 1,200 business partners.

With a duration of 7 years, the Kazakh – Romanian fund has an estimated investment level of approximately one billion dollars. The main priority of the fund concerns the development of energy projects, thus contributing to the development of the energy sector in Romania, as well as strengthening the country’s energy security by diversifying the sources of oil supply and consolidating a favorable investment climate in Romania.

Rompetrol operates at the national level, a fuel distribution network consisting of 918 units of supply points (own stations, partner stations, mobile stations), increasing by 14% compared to the level from 2017. 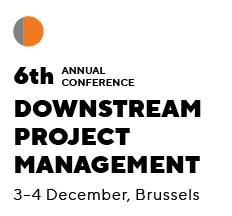