KazMunayGas and Tatneft signed a number of joint documents on 28 of April. The event was held in Kazan as a part of the Eurasian Economic Union Summit and was attended by Askar Mamin, Prime Minister of the Republic of Kazakhstan, Mikhail Mishustin, Prime Minister of the Russian Federation, Rustam Minnikhanov, President of the Republic of Tatarstan, Alik Aidarbayev, Chairman of the KMG Management Board and Nayil Maganov, General Director of Tatneft. Source: KMG press-center

For the Butadiene project, the parties signed a roadmap for the project implementation and a framework agreement. According to the agreements, a project company will be organized and a pre-investment stage with a project feasibility study will be implemented.

As a reminder, on 5 April in Saran, Karaganda Region, an Agreement was signed by KMG and Tatneft for basic cooperation conditions under the Butadiene project. The butadiene rubber project in Atyrau Region is scheduled to be implemented by 2025. The capacity will be 186 thousand tonnes of butadiene rubbers and 170 thousand tonnes of isobutane. Finished products will be supplied to a tyre plant in Karaganda Region, and exported to Europe, Russia, China, Turkey, etc. 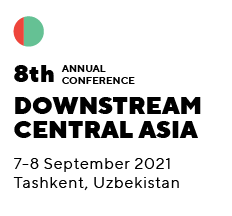 THE ONLY DOWNSTREAM CONFERENCE IN CENTRAL ASIA