Jizzakh Petroleum JV LLC, a joint venture of JSC Uzbekneftegaz and Gas Project Development Central Asia (a subsidiary of Gazprom International) who has received the Ferghana oil refinery in trust operation in March of this year, will carry out a major revamp of the facility for a total value of $300 million. The JV is closely affiliated with Enter Engineering & ERIELL companies, both of whom play a major role in Uzbekistan’s oil & gas sector. Source: Europe-Uzbekistan Association for Economic Cooperation

The modernization envisages an introduction of a hydrocracking process (method of producing fuel) at the refineries and the launch of production of AI-92 motor gasoline and Euro-5 diesel fuel on July 1, 2023.

French Axens will act as the licensor of the technology, while Italian WOOD will act the lead engineering company.

Jizzakh Petroleum was created in June 2017 to build a new $ 2.2 billion refinery in the Jizzakh region. Later, Uzbekneftegaz revised the plant’s construction concept and decided to focus on modernizing the existing Bukhara and Ferghana refineries. 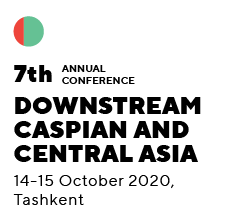