Members of the International Renewable Energy Agency (IRENA) agreed that priority must be given to short-term actions to urgently accelerate the energy transition and “course correct the 1.5°C pathway to 2050.” This was the main message that came out of the 13th session of the IRENA Assembly, held under the overarching theme, ‘World Energy Transition – The Global Stocktake.’ - IISD

The Assembly convened in Abu Dhabi, United Arab Emirates (UAE), from 13-15 January 2023, to identify energy transition priorities in preparation for the Global Stocktake (GST) of the Paris Agreement on climate change. The GST is “a process for taking stock of the implementation of the Paris Agreement with the aim to assess the world’s collective progress towards achieving the purpose of the agreement and its long-term goals.” The first GST will be held at the 2023 UN Climate Change Conference (UNFCCC COP 28), taking place in Abu Dhabi at the end of the year.

Has an outsized impact on the delivery of climate action and renewables-based energy transitions are technically feasible, economically viable and, if properly managed, a source of solutions to policy priorities such as job creation, industrial development, energy security and universal access.

As per IRENA, energy

Its World Energy Transitions Outlook 2022 lays out a direction to stay on the path to 2050 where the world has achieved net zero emissions, which depends on sufficient action by 2030.

According to a press release, IRENA members expressed readiness to fully support the UAE’s COP 28 Presidency “by establishing the latest knowledge on the renewable-based energy transition and leveraging the international cooperation through the Agency’s global platform.”

Energy leaders from government, the private sector, and international organizations offered insights on priority actions needed over the coming years to meet the 2030 deadline for halving emissions and achieving the SDGs. Delegates acknowledged that the world is not on track to reach climate and development goals, and emphasized that action must be taken “with already available solutions.”

Recognizing countries’ different circumstances, participants stressed that “each must find a way to balance national priorities with short- and long-term goals,” and highlighted the importance of finding common agreement on the global priorities after COP 28.

Following the Assembly’s conclusion, on 16 January, the UN Environment Programme (UNEP)-led Cool Coalition, with the UAE’s incoming COP 28 presidency, announced the development of a Global Cooling Pledge and a “Cool COP Menu of Actions,” which IRENA, Sustainable Energy for All (SEforALL), and other partners will help define over the coming months. 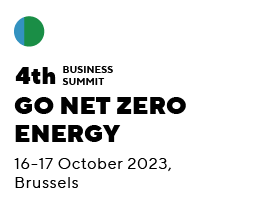