Gazprombank's investments in Shchekinoazot exceeded €20 million. The plant is ready to increase the load of production of dimethyl ether (DME) of perfumery quality for the needs of the market, Rupec reports.

In May 2019, the licensor of the production completed the testing of the equipment under various operating modes and loading from 30% to 100% of capacity. In July, the plant was switched to the regular operation mode, and in September, the company officially presented the product.

Today the company DME Aerosol is ready to work not only on the planned capacity (to produce 20 thousand tons of products per year) but also to exceed it.

The decision to implement the project was made in Shchekinoazot more than five years ago. In 2012, together with the German PCC SE, a cooperation company, "DME Aerosol," was established. The licensor and developer of the basic project was ThyssenKrupp Uhde Engineering Services GmbH, which was also responsible for the supply of technological equipment for the project.

Fundamentally, new technology was used at the DME plant - not the purification of waste produced during the production of methanol, but the scheme of methanol dehydration in two reactors with a subsequent distillation of the mixture and bringing the product to the quality of aerosol.

The company involved Novomoskovsk NIAP as the general designer. The general contractor of the construction was Shchekinoazot.

Dimethyl ether can be used as a propellant for the production of aerosols in the food and cosmetic industries, as well as household chemicals and building materials. 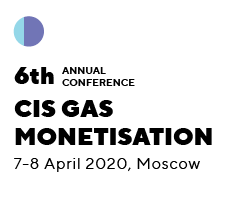 The future of gas industry in Russia