The new recycling facility in Karawang, Indonesia, will recycle about 2 billion plastic bottles per year. - RecyclingToday

The facility, which is planned to open in 2023, will recycle 1.92 billion PET bottles annually and will employ 217 people. The plant will provide the washed and shredded postconsumer bottles as PET flake feedstock to produce recycled resin that is suitable for food-contact use.

I appreciate the initiative of Indorama Ventures to help the government to end and mitigate the plastic waste crisis through their investment in this greenfield recycling facility. It is time for the government, and all of us, to take action and address the waste problem. We invite more investors who are committed to social impacts for the community and environment. Together we must safeguard the richness of our marine biodiversity for our children and grandchildren.

Bahlil Lahadalia, Minister of Investment, the Republic of Indonesia

According to a news release from IVL, the new facility supports the company’s global commitment to divert postconsumer PET bottles away from landfills and into the circular economy, which supports the government’s National Plan of Action on Marine Plastic Debris. The nation has a goal to reduce 70 percent of its plastic debris from 2017 by the end of 2025.

The unique PET plastic used in soft drinks and water bottles is 100 percent recyclable and must never end up in our oceans. Today we are announcing a new PET recycling facility in Karawang. We are pleased to contribute to the Indonesian economy by adding 217 ‘green jobs’ as well as indirect employment to the area. Today’s announcement is possible because of Indonesia’s ambitious national plan to reduce marine plastic debris by 70 percent, reduce solid waste by 30 percent and handle 70 percent of solid waste by 2025.

Indorama Ventures has six Indonesian sites across Purwakarta, Cilegon, Tangerang and Karawang. The company reports that the new recycling facility brings a circular business model to its Indonesian operations. In 2019, Indorama Ventures announced plans to recycle a minimum of 750,000 metric tons of PET globally by 2025, investing up to $1.5 billion to achieve that goal. IVL’s new plant in Karawang, along with its other recycling facilities in Southeast Asia, will work with existing PET flake production facilities in Indonesia.

The Indonesian government’s leadership on waste allows us to invest in the infrastructure needed. Giving waste an economic value, as feedstock for new bottles, also drives improvements in waste collection systems. By building the infrastructure to recycle postconsumer PET bottles into new bottles, we are reducing waste and preserving our oceans. This new recycling facility will support our shared goal of closed-loop solutions and clean oceans. 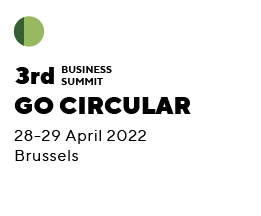