With accelerated climate ambitions, momentum in hydrogen deployment has been boosted as a key energy transition pillar, according to the latest Hydrogen Insights Updates from the Hydrogen Council in collaboration with McKinsey & Company. Globally, 131 large-scale projects have been announced since February 2021, taking the total to 359 projects. The total investment into projects and along the whole value chain amounts to an estimated $500 billion through 2030. HydrogenCouncil

Of the total investment, $150 billion, or 30%, can be considered “mature” – meaning that the investment is either in a planning stage, has passed a final investment decision, or is associated with a project that is already under construction, commissioned, or currently operational. With these total investments, low-carbon hydrogen production capacity will exceed 10 million tons p.a. by 2030, an increase of over 60% on February reported project level. Seventy percent of the production capacity will come from renewable energy sources, while the other 30% is low-carbon hydrogen generated by fossil fuels and carbon capture and storage (CCS).

This increase in activity comes on the heel of stricter carbon targets globally. Ninety countries, representing 80% of the world’s GDP, are now committed to Net Zero targets. More than 30 countries have concrete hydrogen strategies and have allocated $76 billion of government funding. Europe remains the centre of hydrogen development, accounting for more than 50% of announced projects and estimated investments of $130 billion. However, all other regions grew faster proportionally with over 75% increase. Furthermore, trade flows between supply and demand centres are starting to arise.

China is emerging as a hydrogen powerhouse, expecting hydrogen to comprise 10% of the energy share by 2050 to reach its ambitious climate targets: Net zero by 2060 and “peak carbon” in key sectors by 2030. Fifty-three large-scale projects have been publicly announced in China, and investments worth $17 billion can be considered mature. The Chinese government has made $20 billion of public funding available to hydrogen projects. Fifty percent of China’s announced projects are linked to transport applications, a key sector in its energy transition plan.

The momentum is now global. It is clear that hydrogen has become a central element of investment plans announced by many countries towards carbon neutrality.  While Europe remains a strong contributor, with 80% of new announced projects, other regions are stepping up, with an impressive number of hydrogen projects currently in the pipeline around the world. We are pleased to share this positive outlook and the Hydrogen Council will keep working closely with industrial partners, policymakers and the investment community to contribute to a clean energy future.

Benoît Potier, Chairman and CEO of Air Liquide and Co-chair of the Hydrogen Council

The U.S. has renewed its’ net zero commitment by re-entering the Paris Agreement and aims to reduce emissions 50% by 2030 to match the European Union. With this, 80% of the world’s GDP is now located in countries that have a net-zero ambition, up from 50% at the beginning of 2021. This is another turning point for hydrogen, the energy transition, and a clean energy future.

Tom Linebarger, Chairman and CEO of Cummins and Co-chair of the Hydrogen Council

We’re seeing unprecedented commitment to tackle climate change, from the U.S. to Europe to Asia. Governments and industry around the world are coming together around the need to scale up clean technologies fast and hydrogen’s critical role as the catalyst for our clean energy transition has been solidified. Large-scale clean hydrogen projects, amounting to about a third of total hydrogen demand growth expected in the next decade, are materialising in response to the many calls for bold action to address climate change. We can use hydrogen to turn clean energy goals and promises into clean energy reality.

The scale up of hydrogen continues to accelerate: investments in projects at a ‘mature’ stage have nearly doubled to $150 billion since February, and announced production capacity has increased by 60% to 11 million tons. Investments are increasing by roughly $1 billion every week. Most active areas are Europe, South America and the Middle East, with the US increasing in momentum and China setting very ambitious targets. 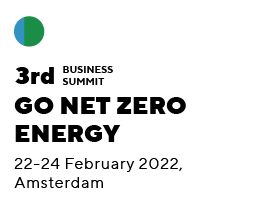