Governments get serious about hydrogen

Governments get serious about hydrogen

Hydrogen could fuel tens of thousands of heavy vehicles like buses and trucks in 2030. Source: DNV

Governments worldwide are showing increasing interest in hydrogen as a clean energy carrier to complement electricity in decarbonizing national energy systems. Hydrogen’s various production paths and use for storing and transporting energy make it a flexible option for linking diverse sources of power generation with transmission and distribution networks (Figure 1).

Recent and emerging national hydrogen strategies, roadmaps, and similar initiatives share a common driver. They are seen as part of the solution to meeting national commitments to reduce greenhouse gas emissions under the 2015 Paris Agreement.

Hydrogen can address multiple energy policy goals at the same time: the transition to a cleaner energy system, diversifying the fuel mix, and improving energy security.

In a recent address to the agency’s new high-level workshop on hydrogen. The IEA is itself working on a major new study assessing the state of play for hydrogen, its economics, and future potential.

The Hydrogen Council estimates that USD280 billion in global investment is needed from now until 2030 to fully realize hydrogen’s role in the energy transition. One reason for this forecast is that the hydrogen value chain is now supported by mature technologies being demonstrated in pilot projects globally. On this point, the Australian government’s independent research agency, the Commonwealth Scientific and Industrial Research Organisation (CSIRO), has noted: ‘The narrative has shifted from one of technology development to market activation. This involves the transition from emerging technologies to bankable assets, similar to what has recently been observed in the solar photovoltaic industry.’

In addition, DNV GL’s new research paper, ‘Hydrogen in the electricity value chain’, concludes that production of hydrogen from electrolysis will become competitive with production from natural gas.

Priorities and strategies vary by country according to their natural resources for generating power, infrastructure for storing and transporting energy, and economic and social development priorities. Here are the emerging strategies for a selection of nations 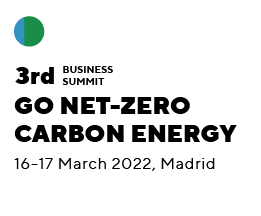