COVID-19 continues to shake the global economy, and energy markets are no exception. Oil in particular finds itself caught between the devil of an unpredictable demand shock and the deep blue sea of major producing countries’ vast reserves under a breakdown of previously co-ordinated production cuts. Carbon Tracker analyses the financial effects of the energy transition.

Business as usual scenarios assume fossil fuel use rising in an uninterrupted gentle trajectory for decades on end; even energy transition scenarios of structurally lower fossil fuel demand use tend to show beguilingly smooth demand pathways, lulling into a false sense of security.

This is by necessity of course – some market shocks simply can’t be predicted, either in cause, effect or timing, and can only be mitigated with caution beforehand.

When thinking about the energy transition this means oil executives should be planning for a decarbonised economy and limited fossil fuel use even if they personally don’t believe it likely, although that position is becoming an increasingly hard one to take.

The upshot would be a higher margin, lower cost portfolio of projects that is relatively resilient to any demand shock, whether transition related or not.

A company that had committed to only sanctioning projects which fit in a low carbon world, and accordingly committed to a lower internal price deck, would currently be somewhat less panicked than peers that have approved assets that are more reliant on higher prices.

Would a sustained low oil price therefore mean that climate change is solved? Not necessarily. As above, the marginal cost level may change, and producers may build projects that generate an IRR below 15% – either by design or inadvertently.

For example, in its own climate-resilience test, BP indicated that it had sanctioned a project in 2019 that generated returns far below 15% at an oil price in the $50s[2]. Additional low-cost production from Saudi Arabia and Russia would also change the shape of the curve, moving the marginal cost lower.

And moreover, there is an iterative effect in reality outside of the scenarios – periods of low oil prices will have a knock-on effect to the ultimate level of demand, with wider effects in the transition.

Where does this leave the energy transition?

In the near term there will now be a big hit to producers. Expect oil output declines in many countries that have producing assets in threatened portions of the cost curve, including the US  and others such as China.

US production falls will reflect the high decline rates of shale production, but with additional challenges compared to the last downturn – the industry’s debt burden is more pressing, and investors are likely to be less enthusiastic about injecting fresh capital having had their fingers burnt once already.

Emissions will dip in the short term. But what will be the longer lasting impacts relating to the transition that might arise from a shorter term shock? At this point we can only speculate, and much will depend on the actions of governments. 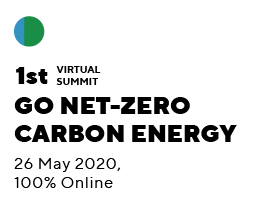