The Horgen, Switzerland, office of United States-based Dow has announced its intention to use its partnership with London-based Mura Technology to “construct multiple world-scale 120,000-metric-ton-capacity advanced recycling facilities in the U.S. and Europe.” - RecyclingToday

If the two companies follow through on the plan, it will create as much as 600,000 metric tons of annual nonmechanical recycling capacity, they say.

breaks down plastics using water in the form of supercritical steam (water at elevated pressure and temperature). The steam acts like molecular scissors, cutting longer-chain hydrocarbon bonds in plastics to produce the valuable chemicals and oils from which the plastic was originally made–in as little as 25 minutes.

The process, according to Dow and Mura, can recycle difficult-to-sort items such as films, pots, tubs and trays.

The process is designed to work alongside conventional recycling and wider initiatives to reduce and reuse plastic such as mechanical recycling (where plastic waste is shredded and re-formed into different plastic products), which remains crucial to Dow’s recycling strategy.

At the end of its process, Mura says, the oils produced are “equivalent to the original fossil products [and] are then used to produce new, virgin-grade plastic with no limit to the number of times the same material can be processed, creating a true circular economy for plastic [scrap].” Potential end markets include food-contact packaging, Dow says.

The global chemicals and polymers firm says it role in the partnership is as a key off-taker of the circular feed that Mura produces.” The circular process “reduces reliance on fossil-based feedstocks and will enable Dow to produce a recycled plastic feedstock for the development of new, virgin-grade plastics which are in high demand from global brands.

The first plant using Mura’s HydroPRS process is being built in Teesside, United Kingdom, and is expected to be operational in 2023 with a 20,000 metric tons per year production line. The output will “supply Dow with a 100 percent recycled feedstock,” the companies say.

The extended partnership is set to considerably increase this supply, playing a significant role in Dow and Mura’s planned global rollout of as much as 600,000 metric tons of hydrothermal recycling capacity by 2030.

The strengthening of Dow and Mura’s partnership is another example of how Dow is working to build momentum around breakthrough advanced recycling technologies. Dow is committed to accelerating a circular economy for plastics and our expanded partnership with Mura marks a significant step on this journey.

The planned capital investments by Mura, along with Dow’s off-take agreements, represent both companies’ largest commitment to date to advance and scale global non-mechanical recycling capabilities, the companies say.

Mura’s technology is designed to champion a global circular plastics economy, and our partnership with Dow is a key enabler to bringing HydroPRS to every corner of the globe. This next step in our partnership and the resources provided by Dow will allow us to finance and dramatically increase recycling capacity and enable circular plastics to enter global supply chains at scale.

Dow says it remains on track with mechanical recycling-related projects and has announced two additional ones recently: an investment to build what it calls “the single largest single hybrid recycling site in France, managed by Valoregen, that will secure a source of postconsumer resins (PCR) for Dow” and a letter of intent with Atlanta-based Nexus Circular to create what it calls a circular ecosystem in Dallas for “previously non-recycled” plastic, which Dow says build on its previous Hefty EnergyBag collaboration with Nexus and Reynolds Consumer Products.” 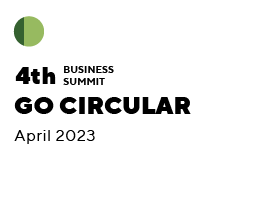