China is reviving a $20 billion petrochemical project in eastern Shandong province as part of efforts to dial up infrastructure spending to support an economy struggling with the impact of the coronavirus pandemic, two China-based industry sources said. Source: Reuters

The 400,000 barrel-per-day (bpd) refinery and 3 million tonne-per-year ethylene plant in Yantai, Shandong, the country’s hub for independent oil refineries, was proposed years ago but approval has been slowing in coming because of China’s struggle with excess refining capacity.

China’s state planner, the National Development & Reform Commission (NDRC), gave initial approval on Monday for the project, allowing Shandong province to start planning for construction, said the sources with knowledge of the approval.

The investment in the project will be nearly 140 billion yuan ($20 billion), according to one of the sources. China business registration data seen by Reuters showed Shandong Nanshan Group, a private aluminium smelter based in Yantai, will be the venture’s lead investor, and other investors include chemical group Wanhua and the Shandong provincial government.

The project could help cut China’s petrochemical imports but would likely worsen its surplus of refined fuel products.

Analysts expect the massive project to be operational around end of 2024, with revenue underpinned by petrochemicals, demand for which is more resilient than for transportation fuels that has been hit hard by the coronavirus.

The Yulong project will be the latest addition to China's recent wave of petrochemical investments, which have been led by the private sector and drawn global giants like BASF and Exxon Mobil to build complexes in the world's top petrochemical consumer and importer. 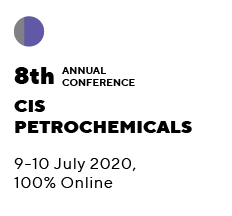 Petrochemical economy on the global scale