Chevron Phillips and KazMunayGas to build polyethylene plant in Atyrau

Chevron Phillips and KazMunayGas to build polyethylene plant in Atyrau

KazMunayGas (KMG) and Chevron Philips Chemical representatives signed a license and engineering agreement for the second phase of the construction of an integrated gas and chemical complex in the Atyrau region, QazMonitor reports

A meeting between Magzum Myrzagaliyev, Board Chair of KMG, and Venki Chandrashekar, Vice President for Research and Technology of Chevron Phillips Chemical, was held on December 11.

The technology of the petrochemical company will make it possible to produce a wide range of products at the future Kazakh plant, including premium high-density polyethylene for which stable long-term demand growth is expected all over the world in the future.

The negotiations on the second polymerization unit with an annual capacity of 625 thousand tons of polyethylene are being finalized with another licensor and the signing of the agreement is expected by mid-December of the current year.

The two units are going to be united into one complex with a total capacity of 1,250,000 tons. The choice of the two leading licensors will ensure the production of a wide range of base and premium grades. 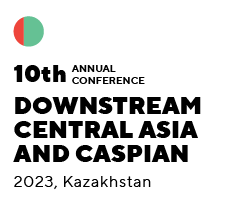