Uzbek and Central Asian lubricant demand is set to double by 2040, as the region’s industry and increasing number of vehicles are poised to consume more oils, an industry event heard recently. Source: Lubesngreases

The region’s industrial development is on the right track, and we expect oil consumption in the industry to exceed the volumes consumed by the automobile park starting from 2023 onward, Aziz Yuldashev, business development manager of Jizzakh Petroleum, told GBC’s CIS Base Oils and Lubricants conference held in Moscow on May 19.

Jizzakh is overseeing the state’s plans to modernize and privatize the Fergana refinery.

Of the 120,000 tons of finished lubes consumed in the country last year, 75,000 tons were produced in Uzbekistan, while about 45,000 tons, primarily motor oils, were imported from such places as Europe, Russia, Turkey and South Korea, Yuldashev said. Central Asian consumption of finished lubricants could increase by 86%, reaching up to 550,000 tons by 2040, he added.

Uzbekistan is an automotive hub with three car-assembly plants built with South Korean and American investments. One of the largest plants is operated by GM-Uzbekistan, a 75%-25% joint venture between the state-owned Uzavtosanoat and General Motors. Last year, the plant produced about 250,000 Chevrolet passenger cars.

Kazakhstan and Uzbekistan are the most developed countries in the region. In 2020, the number of on-road vehicles in Uzbekistan was almost 3 million units, or 14.5% more, compared to 2019, according to the state statistical service. For Kazakhstan, that number was almost 4.5 million units in 2020, a 1.1% increase over 2019.

The Fergana refinery features a 500,000 t/y Group I base oil plant. Last month, the government announced intentions to sell the refinery to a strategic investor to modernize the obsolete capacity that dates to Soviet times. The project includes plans for construction of a plant capable of making 150,000 t/y of Group II and III base oils.

Rustam Khamidov, head of Fergana’s technical department, told Lube Report EMEA that it is too early to say what the breakdown will be for Group II and Group III capacities. The company has contracted with Axens, an oil refining equipment designer, to outfit the upgraded base oil plant.

The only refineries in Central Asia that produce base oils are the Fergana facility and a plant in Turkmenbashi, Turkmenistan that is operated by state-owned Turkmenbashi complex of oil refineries. The Turkmen refinery has capacity to make 80,000 t/y of Group I and 70,700 t/y of Group II.

Two more companies, Hill Corp. of Kazakhstan and Russia’s Lukoil, produce finished lubricants in the region. Both companies have blending plants in Kazakhstan – Lukoil’s 100,000 t/y plant is in Almaty in the eastern part of the country, while Hill’s 70,000 t/y is in Shymkent, in southern Kazakhstan. Both import base oils from Lukoil’s refineries in Perm and Volgograd, Russia.

The Fergana refinery includes a 60,000 t/y lubricant blending plant, which will be upgraded to a 100,000 t/y modern lubricant operation with its own canister production, Khamidov said. 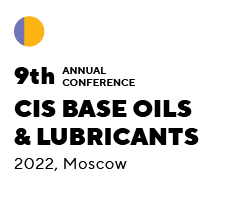