BP announced 18 January that the company will evaluate the feasibility of a new hydrogen hub in Germany, with the project set to be located in Wilhelmshaven in the northwest of the country. - ICIS

The project is expected to include an ammonia cracker which could provide up to 130,000 tonnes/year of low carbon hydrogen from renewable ammonia from 2028 onwards.

BP is set to deliver renewable ammonia from its global project portfolio, and said that there was “scope for further expansion as the market for future fuels develops” in the press release.

BP has signed several Memorandum of Understandings (MoUs) for both hydrogen and ammonia production in recent years, including an MoU with Egypt late last year with the intent of establishing a renewable hydrogen production facility in the country.

BP said that Wilhelmshaven “is one of the country’s most important energy terminals” and has the existing Nord-West Oelleitung terminal with surrounding infrastructure already in place, of which BP is a participating shareholder.

The hydrogen sourced from the hub could be transported via the current oil and gas pipelines after repurposing for delivery to the industrial Ruhr region and towards other potential centres of demand.

The European Union is seeking to produce 10 million tonnes/year of renewable hydrogen by 2030, while also aiming to source the same amount via import. Ammonia has been considered as a key means of transporting hydrogen over long distance via ship.

Germany itself is seeking to import renewable hydrogen, and is expecting a 90-110TWh of hydrogen requirement in the country by 2030 where the vast majority is set to be imported as production capacity of renewable hydrogen in Germany is expected at 14TWh by 2030 and potentially 28TWh by 2040, according to the country’s National Hydrogen Strategy. 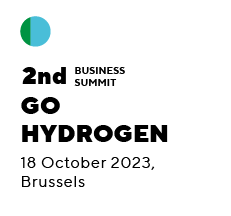