We had the pleasure to talk to Nuriddin Mukhtorov, the Deputy head of the refining and petrochemicals department at Uzbekneftegaz, Uzbekistan’s state-owned oil and gas company. With the main topic of our discussion centering around the GTL Uzbekistan plant, Nuriddin talked about synthetic diesel fuels and their advantages, modernisation of infrastructure, and the company's plans for the future.

Previously, Nuriddin worked as a production manager, a chief engineer and first deputy director of the Bukhara refinery, as well as a department director at NPP Kvalitet, a research and production company based in Moscow.

Nuriddin started our conversation by pointing out that Uzbekneftegaz is constantly striving to improve the quality of its products. In 2020, Bukhara Oil Refinery launched the production of Euro 4 and Euro 5 diesel fuels without significant capital expenditures. This was achieved by replacing the catalyst with a more modern grade at a gas oil hydrotreater.

In order to expand its fuel product range and produce more competitive products, Uzbekneftegaz in partnership with BASF has released QuWat, a new brand of high-octane gasoline. Their advantage lies in special additives that provide fuel savings of 3 to 5%.

Uzbekneftegaz is about to launch a unique plant, based on GTL (Gas to Liquid) technology. This event will seriously affect the market of oil products both in Uzbekistan and neighboring countries.

Synthetic fuels have a number of advantages over their petroleum-based counterparts. The hydrocarbon products of the Fischer-Tropsch synthesis, unlike traditional oil products, do not contain sulfur, nitrogen-containing compounds, and aromatic hydrocarbons. This greatly increases their ecological value.

While synthetic diesel fuels benefit from the aforementioned advantages as well as a low boiling point and lower density, synthetic fuels also have a lower lubricity due to the absence of sulphur compounds. This is why specialists from Uzbekistan GTL, together with their colleagues from the Bukhara Oil Refinery, studied the possibility of producing diesel fuel by mixing synthetic and mineral diesel fuel, in which the share of synthetic fraction was about 40%. The kerosene fraction is planned to be used for aviation fuels.

Negotiations are currently underway with research institutes (The Baranov Central Institute of Aviation Motor Development and the All-Russian Scientific-Research Institute for Petroleum Processing, VNII NP) to conduct qualification tests of a pilot industrial sample of Jet A-1 fuel containing GTL synthetic kerosene. The aim is to accomplish production and obtain positive results.

Actions are also taken to amend the O'z DSt 1117 standard for aviation fuel for Jet A-1 gas turbine engines. The draft of these changes, implying the use of synthetic components, has already passed evaluation and is currently being negotiated with the interested ministries and authorities.

Plans are in place to use synthetic naphtha in pyrolysis units for the production of polypropylene at the Shurtan Gas Chemical Complex. Prior to the complex’s expansion, various options for synthetic naphtha were considered, one example being the high-octane gasoline solution presented by NGT-Sintez.

Mr Mukhtorov concluded the interview with an overview of the work carried out to modernise the infrastructure at Uzbekneftegaz facilities. 46 reservoirs with a total volume of more than 24 000 cubic metres have been repaired, cleaned, and prepared for operation in all of the national holding company’s 15 complexes. The construction of two new tanks with a volume of 5 000 cubic metres each is nearing completion at the Bukhara refinery, allowing it to store 6.5 thousand tons of synthetic kerosene. 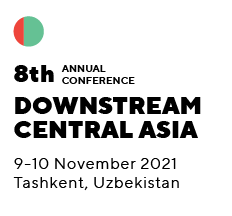