$270 million for modernisation of two ammonia plants at Grodno Azot

$270 million for modernisation of two ammonia plants at Grodno Azot

Modernisation of the Ammonia-3 and Ammonia-4 plants at Grodno Azot will bring production volumes up to 2.1 thousand tons per day, according to the First Deputy General Director of Grodno Azot OJSC, Chief Engineer Sergei Silivonik – Grodno city information portal

Modernization of the plant has entered an active stage. The increase in the capacity of both facilities provides for an increase in commercial ammonia by more than 313 thousand tons per year, which in the future may be processed into other mineral fertilizers.

The increase in capacity will make it possible to produce around 288 thousand tons per year in the active substance in addition to the existing volume of mineral fertilizers. The cost of the modernisation project amounts to around $270 million. The company's funds and internal credit resources will be involved.

It is planned to transform the additional 310 thousand tons of ammonia into carbamide, therefore, in parallel with the modernisation at Grodno Azot, a urea production facility for 1 thousand tons is currently being built. This will make it possible to increase production volume by a further 330 thousand tons of product in the future.

During his visit to Grodno Azot, Prime Minister of Belarus Roman Golovchenko was briefed on the progress of the nitrogen complex investment project and the modernization of existing production. 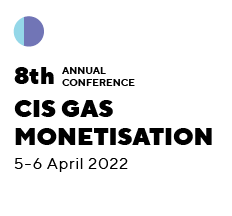